1] So far I have literally not started thinking about the three bullets before I get home from work. I’m amazed I can think of 3 things to talk about off the top of my head.

2] The folks on the morning radio show I listen to were talking about superstitions today. I have a Rubix Cube that I mess up when I start a project at work. Then I solve it before the project is finished; I have help. I’m not superstitious, more like it’s tradition now.

3] Politics entered our lunch conversation today. We talked about everything from China owning us to the high price of Obamacare. I love my wife. She has a brain, and she’s not afraid to use it. 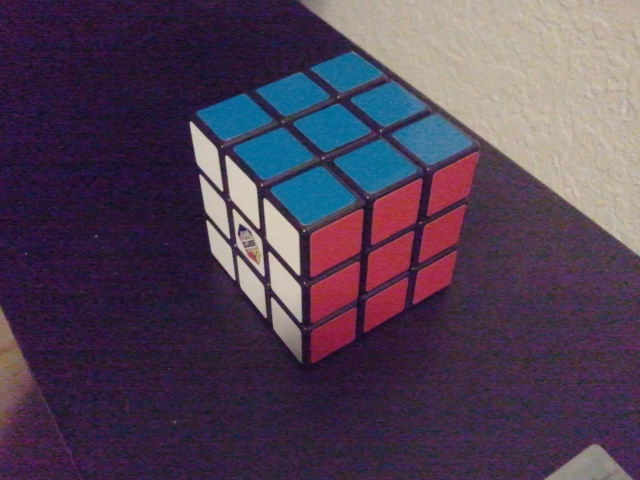 1] We went to see “Dracula Untold” in IMAX this afternoon. It was good. A lot of action, not a lot of historical facts.

3] Voter ID Laws. I’ve been trying to write a blog about the Texas law that was blocked by a judge last week. To give you some perspective – as I remember it –  before the 2008 election the GOP successfully redrew the congressional district map to their advantage. In 2011 they tried again and failed; however, they got the voter ID law passed – which had a similar effect on Democrats. This year, a judge blocked the 2011 law about 3 weeks before elections. The Greg Abbott and the GOP vowed to appeal. Abbott is currently the State’s Attorney General and a gubernatorial candidate.

1] It’s cool that we get to interact with TV shows now: fans asking questions of writers; directors giving spoilers. etc. We watched Walking Dead and Talking Dead (@nerdist) and were quite entertained. It was good. Toss up which is better after first episodes: #WalkingDead or #AHSFreakShow; Twisty is still my fav.

2] Humans are odd. We live our lives, we plan our future, but we are the only species that looks over our shoulders to see if any one else saw our mistakes.

1] Rhetorical question of the night: Have you ever not wanted to get up from sleep? Today I woke up at 6 am, but I took a nap at 1 pm, and I didn’t want to wake up from the nap.

2] Tonight was my triumvirate of sports: the Cardinals lost the first game of the NLCS to the Giants; the Gators lost to LSU; and the Aggies lost to Ole Miss.

3] Way off 3rd base: I don’t own .22cal guns for the simple reason that they are not good home defense ammo. I do however (you might have seen my republish of the Ten Commandments of Conceal Carry) put guns in several locations throughout my home. Maybe I should talk about this: I didn’t used to have guns in the home.

1] St. Louis Cardinals are playing Game 1 of the NLCS on Saturday (October 11) against the Giants. I’m stoked about that.

2] Texas Voter ID Law: Pros & Cons. I’m trying to write a blog about voter ID law in Texas. Yesterday (10/9), a judge blocked enforcement of the new voter ID law. The Texas voter/polling office is still in limbo about how to proceed. (Their website still had info about ID required this afternoon.)

3] 106,000 is the magic number to beat a football attendance record in Texas. Texas A&M Aggies are expecting 106,000+ people to attend the home game on Saturday versus Ole Miss. Gig’em Ags!

1] Compliment the one you love like it’s your first date. I heard that on the radio this morning and it’s good advice. They were talking about what men and women are “afraid to say.” We worry because we have an agenda. “What happens after I say something?” Rather you should concentrate on here and now – don’t worry about what happens after you give a compliment to your loved one.

2] We watched Edge of Tomorrow tonight. It reminded me of playing Call of Duty: in the beginning you concentrate on the here and now (not thinking of the agenda like above) and you get stuck in loops. Then after a while you don’t care and go straight for the end-game. Moral of the story: sometimes you die if you stop and smell the roses (or go for more points) so sometimes it’s better to finish the path set out in front of you – quickly before you get shot.

3] Philosophical point with rhetorical questions. In the end it doesn’t matter if you ignored agendas, smelled roses, or rushed to the finish line. When you’re gone will people that know you – hopefully there is more than one – say you did what you wanted to do (or were felt compelled to do)? or did you let life pass you by (or not try to do what you wanted)?

1] I feel so special. I came up with a unique hashtag on youtube for this month – vedo14 – go see. No one else is using that hashtag according to the search I did.

2] American Horror Story – Freak Show premieres tonight. Can’t wait. And Walking Dead premieres Sunday (October 12). Can’t wait for that one either. We usually end up taping them and watching later because they are intense.

3] Honestly, I’m a little worried about ebola in the US. The first patient came from Liberia on September 20 and landed in Dallas (DFW). He had symptoms by 9/25 and was turned away from the hospital only to return 2 days later. He died this morning after being treated for 13 days. They’ve quarantined several people he may have come in contact with. I’m scheduled to fly out of DFW in 10 days. I hope things quiet down by then.

2] I just read this on the New York Times website: 30,000 Lose Health Care Coverage at Walmart. They are “joining a string of retailers that have rolled back benefits in response to the Affordable Care Act.” It’s “in response to an unexpected rise in health care costs.” Thanks Obama-care. The “good news” is that these 30k only accounts for 5% of Walmart’s work force (600,000+ strong).

3] In response to the “People don’t like generosity” comment in Rob Dyke’s video – I say god I hope not – not for the contest that we are about to launch at work. I expect there to be some dishonesty and some honest “I can’t do this” people too, but we’ve yet to start a riot of people that didn’t like the idea of winning something; they get something even if they don’t win. Then again, we pick winners at “random”; no talent required. See Rob’s video.

1] When someone retires or is forced to leave a company it’s sad. It’s like losing a family member. When the company’s webmaster has to remove their information on the website it’s sad too. It’s like cleaning up a family member’s home after they die. I had to do that today and I almost cried.

1] I went to Walmart and Lowes today to get carburetor cleaner and fuel treatment for my weed trimmer. At Lowes I observed 2 separate men getting taken for a ride by a young sales man in the lawn mowers and trimmers aisle. I thought you fools: parts today are not like they were 10 years ago and you are throwing your money away buying new (what they were buying) from here. I know ’cause I did it last year.

2] I was going to mow the grass when I got back from Lowes but I went lazy. Then I realized just how few times per year I mow; 5-6 times. All of that contributes to having to clean/winterize lawn mowers and weed trimmers so that I can mow 5 times per year.

3] I was surfing through the streets of Portland on Google Maps Street View today. Did you ever notice in cities that store fronts either advertise who they are or they don’t. If they don’t want you snooping around they put out nothing.