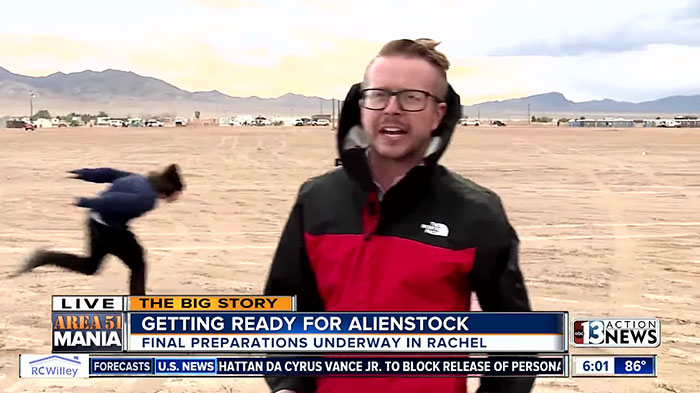 For all the hullabaloo, when the time came, only a few hundred people (of the 2+ million who RSVP) showed up for some music and camping.

Stormers were instructed to run like Naruto – and at least one man did – towards the base, because “they can’t stop all of us” was the mantra.

Andrew Griffin was there and “live blogged” the events for British newspaper The Independent:

If you’re just joining us, here’s a rough summary of the nights events, which happened at four main locations:

But perhaps most interestingly of all…